Our bones contain some spongy tissues called bone marrow. This bone marrow creates bone marrow stem cells and other substances which are further responsible for producing blood cells. The types of blood cells which our bone marrow produces perform significant functions in our body which include: 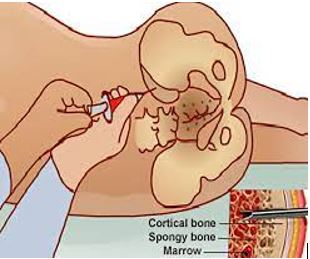 Why a bone marrow exam is performed? 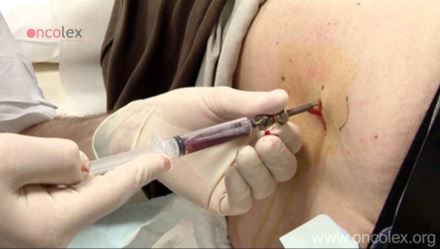 It can be ordered to diagnose some other conditions including:

What is a bone marrow biopsy tray? 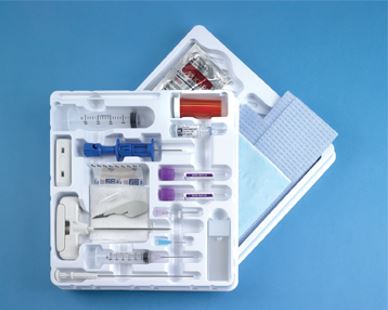 A bone marrow exam is performed with the help of a bone marrow biopsy tray which includes many options to help in aspiration and capturing bone marrow samples. This tray includes all the things that are needed to collect a sample of the bone marrow.

What is in a bone marrow biopsy tray?

A Povidone-iodine antiseptic solution is used to cleanse the chosen site for taking the sample. It also includes the necessary drapes which help maintain sterility at the site.

A 1 or 2 percent of lidocaine solution is a part of the bone marrow biopsy tray which is used as local anesthesia, along with a sterile syringe, a 23-gauge, and a 21-gauge needle.

To insert the aspiration or biopsy needles skin incision is done with the help of a number 11 scalpel blade.

In order to clean the biopsy site sufficient quantity of sterile gauze and bandages are a part of the bone marrow biopsy tray. These are also used to apply local pressure after the completion of the procedure to insure hemostasis.

The bone marrow biopsy tray should include a large selection of needles for aspiration. A needle that can be fixed in place and contains a stylet is preferred. It is also highly significant to choose the right needle for the procedure. For example, the needle should be long enough to penetrate through the subcutaneous tissues and into the marrow cavity. Also, a sharp needle should be used for the procedure. 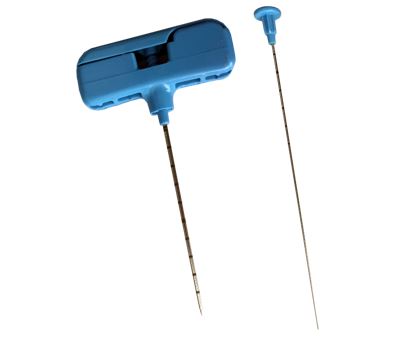 A Jamshidi biopsy needle with a stylet and an obturator should be a part of the bone marrow tray which is used for removing the biopsy core from the needle without damaging the specimen.

Also, the selection of the site of the biopsy or aspiration is another critical choice. In adults, children, and most infants the posterior superior iliac crest and spine is the favored site of examination. The reason is that the patient feels the least discomfort at this site as compared to the others. However, bone marrow aspiration or biopsy can be done using the anterior iliac crest or greater trochanter of the femur, individual vertebral bodies, or ribs in selected cases.

In order to control the pain, the patient should be prescribed a dose of acetaminophen 650 mg orally which is usually adequate. This dose can be prescribed after every four to six hours for the next one or two days.

The patient should be advised to immediately contact the doctor or clinic if he notices any swelling, increasing pain, tenderness, or further bleeding.

The patient should be asked to avoid overexertion for at least 24 hours to help the healing procedure. If it is not followed the patient may experience pain and bleeding at the site of the procedure. A small dressing or bandage should be used to keep the site of aspiration or biopsy site dry during this time to minimize the risk of bleeding or infection.

PrevPreviousWhat are the Most Important Cleaning Supplies?
NextWhat is the Purpose of a Fluid Warmer?Next What is the Purpose of a Fluid Warmer? What are the Most Important Cleaning Supplies? 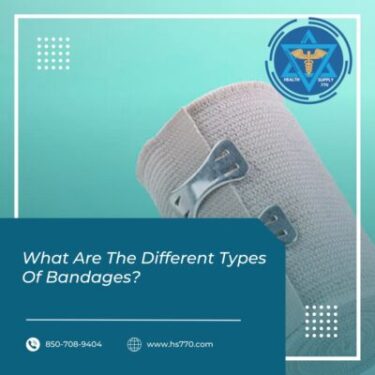 What are the Different Types of Bandages? 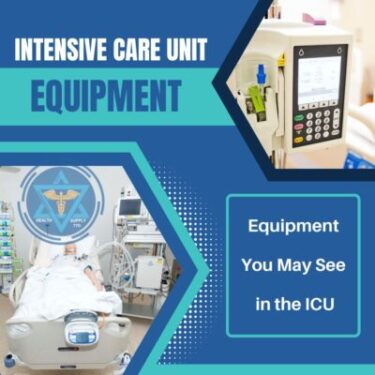 Equipment You May See in the ICU | Health Supply 770 What is the Importance of Electrosurgery Pad?

At Health Supply 770, we work closely with you and your team to find the most impactful way to help not only you but your customers as well. Our efficient and diversified supply chain ensures that we promptly deliver your purchase to your doorstep.